Most Beautiful Older Actresses in The World!

Join us we look at some of the most attractive older actresses . 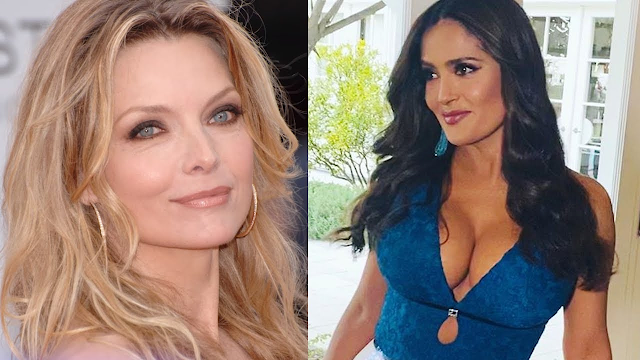 First up on our list is Catherine Zeta-Jones, an actress born in Wales on September 25,1969.She was raised in a financially modest household ,but surprising bingo win earned them 100,000 pounds. Her parents used the money to fund her ballet and dance lessons, which she began because of her hyperactivity. From the time she was a kid, Zeta-Jones was interested in acting and participated in things from school plays to dance competitions. She even won a national tap-dancing competition in her teens. To her worldwide fanbase, Zeta-Jones is recognised for her various Hollywood successes, including the Mask of Zorro, Chicago, and ocean's Twelve. 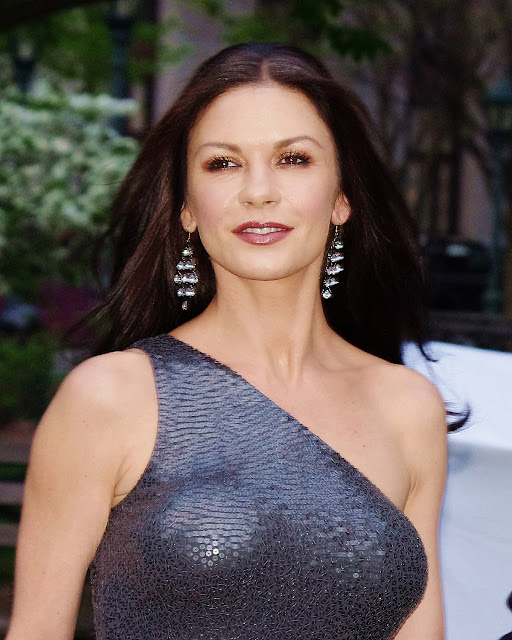 It's no surprise Jennifer Aniston became an actress as the daughter of of two other actors: Nancy Dow and John Aniston. She was born in los Angeles on February 11, 1969.Due to her father's Greek ancestry, Aniston spent a year of her childhood living in the country before moving to New York city when she was nine years old. Besides her stunning good-looks Jennifer Aniston is known for her iconic on screen roles. Her first part was in the comedy-horror film Leprechaun, which she can't believe she starred in to this day. But Aniston Rose to international stardom playing Rachel green on the TV show friends from 1994 to 2004. She's also well known for roles in Bruce almighty, we're the Millers, cake and dumplin. 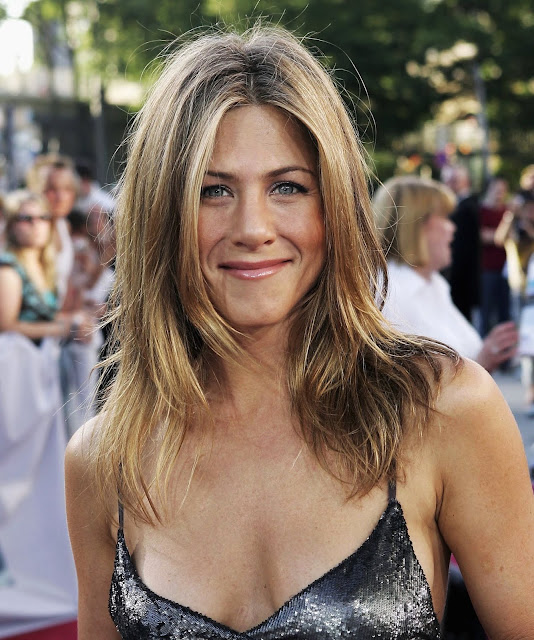 You'd never guess Nicole Kidman is 52 by looking at her. but this Australian actress has been on big screen since the mid-1980s . despite her down-under accent and marriage to fellow Australian Keith urban,
Nicole Kidman was surprisingly born in Honolulu, Hawaii, on June 1967 ,making her a United States and Australian citizen. She was given a Hawaiian name as well "Hokulani" ,which means "heavenly star", Kidman is recognised for movies like cold mountain, the others, Moulin rouge, and the hours for which she won an academy award. 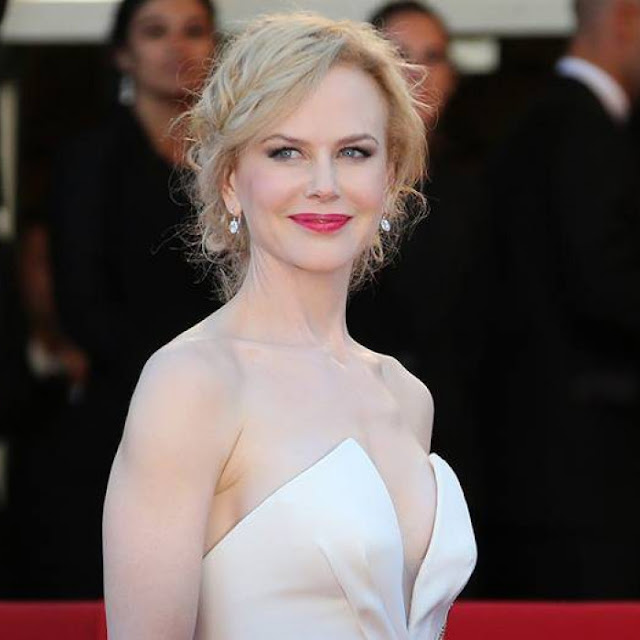 Roberts has been a beauty icon for her entire career, from pretty woman to Eat  pray love. although she's inarguably Gorgeous, Roberts body on the pretty woman movie poster isn't her's; her face was placed on a model's body. nevertheless, she's still one of the today's most stunning Hollywood stars at 53 years old. Julia Roberts was born on October 28,1967,in Smyrna, Georgia. she's an Oscar-winning actresses whose parents also worked as actors;but, surprisingly Robert's didn't always want to act. As a child, she wanted to become a veterinarian. 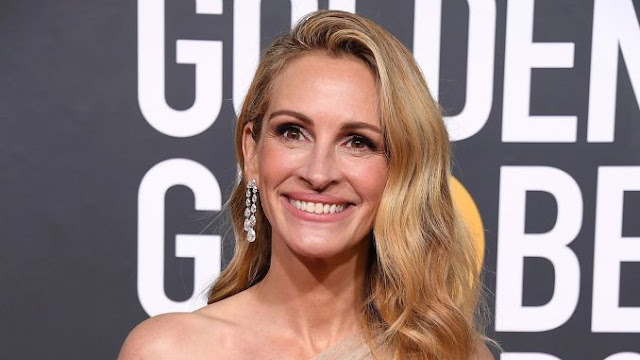 Another unquestionably 53 year-old actress is Salma Hayek, who was born on September 2,1996. from her impressive portrayal of the little character in Frida to her seductive part as santanico pandemonium in from dusk till dawn, Hayek has been a Hollywood icon since the late 1980s .in addition to her talent and stunning goodVlooks, you might not have known that Hayek is also an animal lover; she's owned well over 50 animal and turned her house into a shelter for numerous creatures. 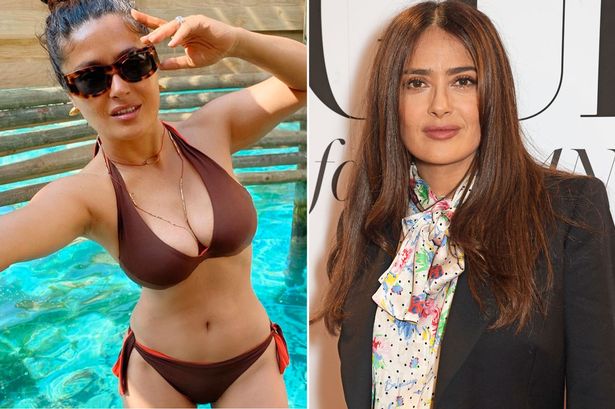 This catwoman actress has been on the Hollywood scene since 1989. but, before acting , Halle berry was a model. She competed in beauty pageants as well, becoming the first runner up in Miss USA in 1986. Born on August 14, 1966, Berry  is now 53 years old and as stunning  as ever. Throughout her years on the silver screen, she's garnered recognition from her roles in X-Men, cloud Atlas, and swordfish. she even won an Oscar for her part in 2001's monsters'Ball. 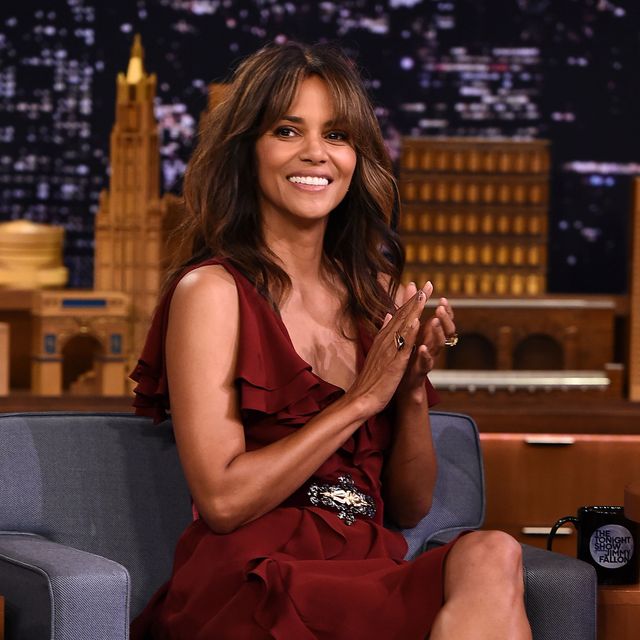 The new York city born actress came into the world on January 22,1965, and is 55 years old today. Her father was a drama coach and cab driver and her mother a playboy model so it's not hard to Guess where she got her good looks. her parents separated just 13 days after she was born, and she ended up living with her father after age 6. Lane her film debut at 13 in a little romance, with Laurence Olivier. At age 16 her own mother kidnapped her and took her to Georgia, though after 6 Weeks she was back in New York. things ended in her favor and in 1983 she was in the Francis Ford Coppola film the outsiders along with Tom cruise, Matt Dillon, Patrick Swayze, and Rob Lowe. She was gone on to act in many projects in her career including the perfect storm with Mark Wahlberg, unfaithful which earned her an academy award nomination, and recently, the final season of Netflix's house of cards. 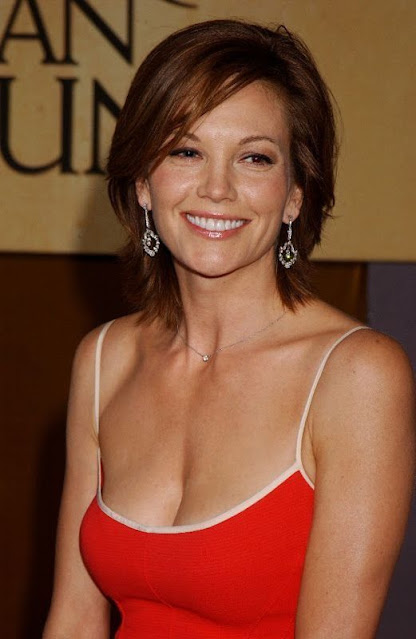 Born on July 30,1964,this actress is 55 years old. Vivica A. Fox has had a successful acting career, starting on days of our lives in 1988 and then starring in movies like independence day alongside will Smith and with Vanessa Williams in soul food. although she didn't achive her gorgeous looks by eating fast food , fox told Yahoo! News that her favourite hangover food is taco Bell's supreme. In 2003 she dated rapper 50 cent despite Fox being 10 years older. She also noted her beauty secrets are oxygen facials and microdermabrasion, and it's obviously working for her!. 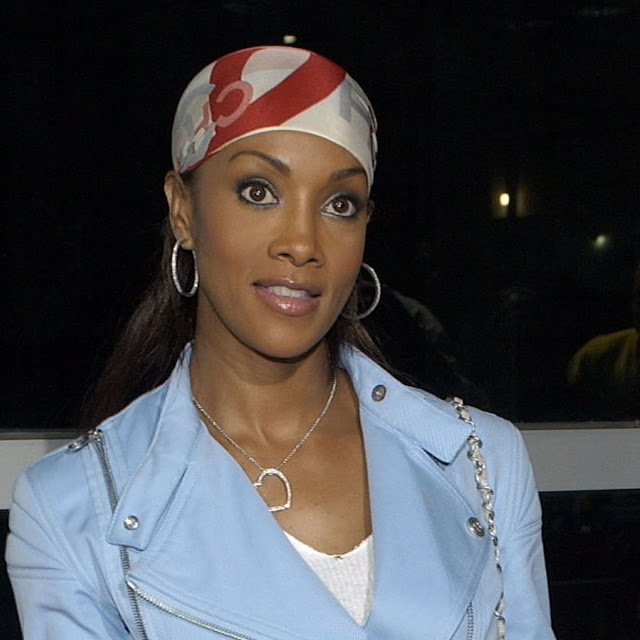 This talented actress started out young , making her stage debut at just 5 years old . Sandra Bullock was born on July 26 , 1964 , in Arlington , virginia , but she spent 12 years of her childhood in Germany , Where her United States military father met her German opera - Singer mother. Sandra even sang in a children's opera choir in Nuremberg . Nowadays, however, Bullock is recognised for her successful Hollywood career in movies like speed , Miss Congeniality, and Gravity. She even won an Academy Award for Portraying Leigh Anne Tuohy in 2009's The Blind side 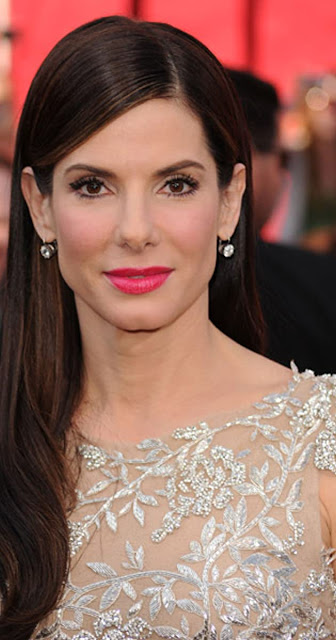 Born on June 15 , 1964, Courteney Cox is still turning heads at 55 years old. She's well - Known for her role as Monica Geller in Friends from 1994-2004 , as well as Gale Weathers in the Scream series and Jules cobb in Cougar Town from 2009 to 2015. In the 1980s , Prior to her acting career, Cox worked at the Bethesda video game corporation . In 2008 , She and David Arquette even hosted the launch party for Fallout 3 . In addition to her acting work , Cox has gained attention for her relationships throughout the years, including her marriage to the before - mentioned David Arquette and romance with snow patron's Johnny McDaid. 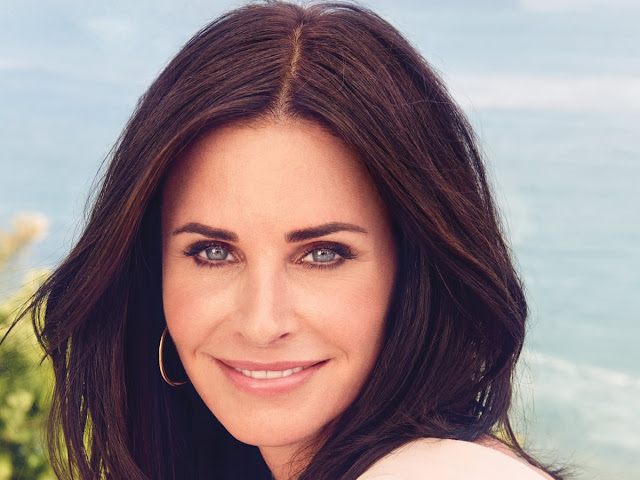 As the first-ever African - American Miss America in 1984 , Vanessa Williams' good-looks are no secret. Something you might not have Known is that her title was essentially revoked when an adult magazine Published unauthorised revealing photos of williams nearly a year later . Later on , the Miss America CEO apologized Publicly . After her Pageant days , Williams began acting and is known for Desperate Housewives, Ugly Betty , and 666 Park Avenue . She also worked in the music industry and had hit songs like "Save The for Last" and " Dreamin." Although this multi-talented star was born on March 18 , 1963 , making her 57 , she's as beautiful as ever , and her career is still going strong . 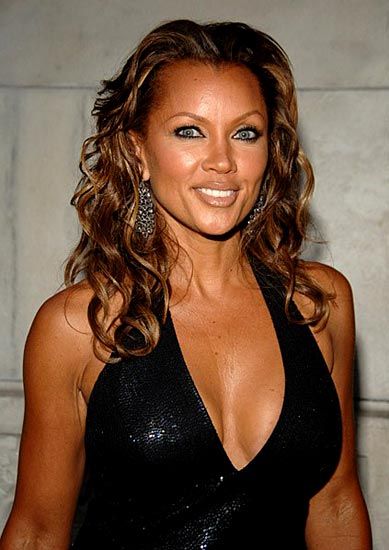 The next beauty on our list is the famous red - head Known for movies like Boogie Nights , Crazy , Stupid , Love and still Alice . She was born on December 3 , 1960 , in North Carolina at the Fort Bragg military installation . Moore's father was a paratrooper in the US Army and her mother was a psychologist from Scotland. By the age of 18 , her father's military career forced them to move 23 times . Julianne Moore began acting later in life than most Hollywood stars , earning her first silver-screen role at 30 years old . But , Moore was also 26 when she learned to swim , didn't learn to drive until 27 , and didn't have her first child untill she was 37 years old . 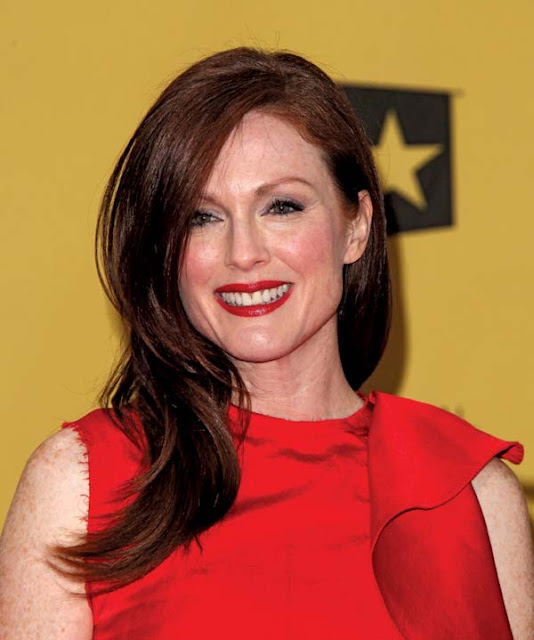 Emma Thompson is another leading lady on the Hollywood scene . Born on April 15 , 1959 , this 60-year-old actress is still turning heads every day . Thompson's hometown is paddington , London , and both of her parents were involved in the performing arts. nowadays, she recognized for many successful films , including love actually, saving Mr. banks , nanny McPhee, and the Harry Potter series. she also holds to Oscars for sense and  sensibility and Howard's end. something you might not have known is that this amazing actress is also an author. Thompson wrotete the Further  tale of Peter Rabbitabbit in 2012 and a second book in 2013. 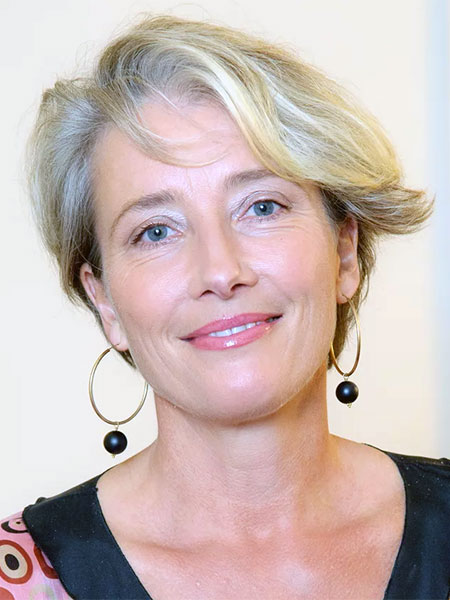 Pfeiffer came form  beginnings in Santa Ana, California, the daughter of an air-conditioning contractor and a housewife. she has three Siblings,two Sisters and one brother, and she was born on April 29, 1958.Pfeiffer's first job was as a cashier at a supermarket. she attended college for a while before deciding to become an actress. Although she certainly has the looks to do so, you probably didn't know that Pfeiffer won miss orange county in 1978 and competed in the Miss California contest . this beauty queen is now known for movies like Hairspray, what Lies Beneath, and Grease 2. Pfeiffer also gained a lot of recognition for her role as Catwoman in Batman returns in 1992 . Although she has yet to bring one home, Michelle Pfeiffer has received three Academy Award nominations throughout her career. 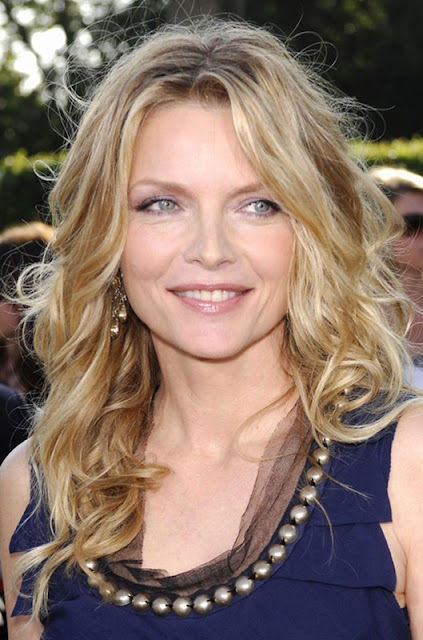 Last, but certainly not least, on our list of most beautiful actresses is Raquel Welch. she is now 79 years old and was born on September 5, 1940. had given name is Jo Raquel Tejada, but she was convinced to change her last name to her first husband's last name , Welch, to avoid being typecast in Latina roles. Raquel begin obtaining roles in the late 1960's, which eventually led to her title as "Most desired woman" by Playboy magazine. some of her most popular films include Fathom, The three Musketeers, and animal , Welch has also been in several TV series, such as American family, welcome to the captain, and date my dad. 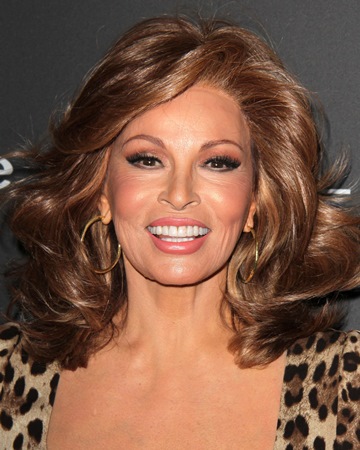